Whitsunday Coast to have International Airport

Whitsunday Coast will become Queensland’s latest international airport next year with direct overseas charter services operating to and from the tourism hotspot.

AVMIN, a specialist charter and logistics firm which was last month bought by the giant Flight Centre travel group, will target visitors from New Zealand initially and then expand services to Hong Kong and Singapore.

Links to further destinations including mainland China will be added as deals are done with major commercial airlines to run regular flights in and out of the hub at Proserpine.

“This would be a massive boost for tourism in the Whitsundays and in North and Central Queensland in general,’’ Flight Centre chief Graham Turner said.

“Direct flights from overseas will bring more tourists to the region and they are also likely to stay longer, rather than stopping over for a couple of days after flying into other locations.’’
Whitsunday Coast will become the state’s sixth international airport, joining Brisbane, Cairns, Gold Coast, Sunshine Coast and Townsville. It currently has direct flights from Brisbane, Sydney and Melbourne.

Passenger numbers for the past four months are up more than a quarter on the same period last year. October’s 32,471 was a record high.

Scott Waters, general manager of the Whitsunday Regional Council-owned airport, said they were keen to build on an upsurge in tourism which saw international visitors climb 10 per cent to 210,000 in 2014-15.

“It’s easy to see why – with the world’s number one beach in Whitehaven Beach, Heart Reef and the Great Barrier Reef, coupled with island resorts and the atmosphere of Airlie Beach – the region is growing again,’’ he said. 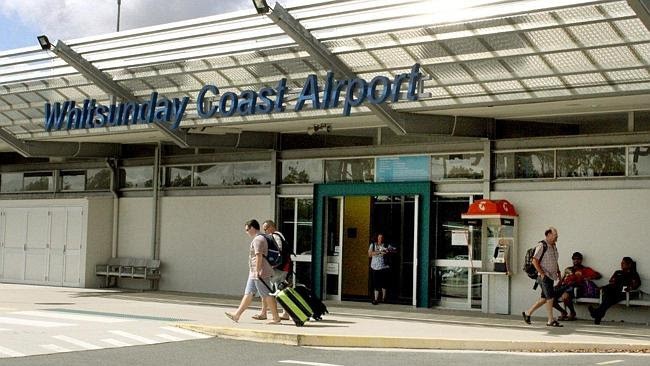 Nearly $2 billion of tourism projects have been completed are under way or planned in the region.

Work is also under way to negotiate charter flights from Asia-based airlines such as Cathay Pacific, Air Asia and Scoot.