Tourism boost as Hayman Island set to re-open next year 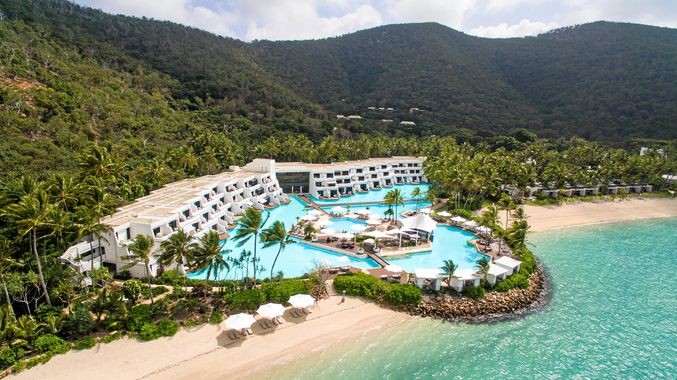 IT’S GOOD news for Whitsunday tourism as Hayman Island’s opening is on the cards two years on from being devastated by Cyclone Debbie, with a new look and a new name.

Hayman Island has a colourful history as one of Australia’s most luxurious destinations after its construction by tourism legend Sir Reg Ansett in the 1950s, but has been closed since March 2017.

“We look forward to an exciting period of investment to reinforce our leading position in the Australian luxury hotel market,” he said.

Ms Harwood said IHG hoped to continue the affinity travellers had with InterContinental sites as they pursue expansion plans in Australasia.

Tourism Whitsundays general manager Natassia Wheeler said it was an exciting time for the Whitsundays to attract another internationally branded hotel.

“As far as I’m aware it’s going to be opening in the first six months of next year,” she said.

“This is great for out marketing efforts globally to have a band with a large consumer following who will travel around the world to stay with that brand,” she said.

“Two years on from the cyclone and it’s a really exciting celebration for us as visitation to the islands creates a ripple effect for the entire region.

“For example when Hayman Island held weddings they would source flowers and cakes locally.”

“We look forward to working closely with IHG.”

The only resort on the 400-hectare island, guests can access Hayman Island via Hamilton Island and then by either vessel or helicopter.

In addition to the hotel, Mulpha Australia Limited will be releasing a collection of homes for sale on Hayman Island.

IHG currently has 47 hotels operating under four brands across Australasia: InterContinental, Crowne Plaza, Holiday Inn and Holiday Inn Express with a further 19 in the pipeline including Hotel Indigo and EVEN Hotels.