A luxury home with a garage big enough to park your private plane and easy access to a run way – it’s an aviation enthusiast’s dream.

Plane buffs seeking a rural lifestyle a stone’s throw from the Whitsunday coastline could soon descend on the region with plans for a new, 67-lot airfield just an hour north of Mackay.

While the Lakeside Airpark at Bloomsbury has been established for many years, there are new plans for the site with a Development Application lodged with Mackay Regional Council revealing a proposed major expansion.

The proposal details plans to establish an integrated private airfield development including a private airstrip, associated plane storage precinct and amenities and a staged subdivision of 67 airfield park lots with right of access to the airfield as well as one airfield lot and one balance lot. Easement Y will also be created over the whole of proposed lot 606, to benefit each of the residential lots and ensure right of use of Lakeside Airpark by Whitsunday Park residents. 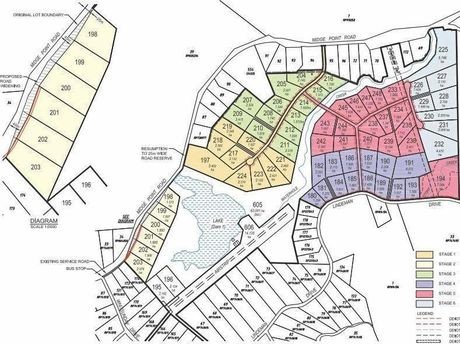 The 235ha development site, which is 4km east of the Bruce Highway, is currently used for a dwelling which the developer lives in, a 1km sealed airstrip, storage sheds and animal husbandry. The proposal involves formalisation of these existing facilities as a private airstrip for general aviation, rotary and fixed wing, use.

Aviation estates are a unique but growing trend in Queensland, with numerous similar developments across the state including Australia’s flagship airpark Whitsunday Aviation Village Estate (WAVE) near Airlie Beach.

The Bloomsbury development comes off the back of MRC earlier this year releasing a discussion paper, calling for expressions of interest from runway owners in expanding their facilities.

In the discussion, MRC flagged Bloomsbury as a potential site for expansion in a bid to offer aircraft owners alternatives to Mackay Airport, which at the time charged more than twice as much as its neighbours in parking and landing fees.

Aircraft movements will be within daylight hours only. Whilst it is not proposed to cap the number of aircraft movements for any given period, it is generally expected that there will not be more than half-a-dozen on any particular day.

Stage 6: 8 lots and Building exclusion area from within 30m of Waterhole Creek (Lot 225)

Lot 606: Proposed Airfield Lot, Easement Y to cover the whole of Lot 606, benefitting each lot in the development for access and plane movements, including Lot 605