When digging through things for sale at deceased estate clearance at the last remaining house on Airlie’s main street, Nadine Little had no idea of the treasure she was about to uncover.

She found old jewellery, clothes, records and even an unused teledex.

But by far the most interesting find was an old book containing post card images of Airlie Beach and the Whitsunday Islands dating back to the late 1970s.

“I just love that old stuff,” she said. Posing the photos she had taken of the book’s images in a Facebook thread, Ms Little was surprised how popular the post became.

“Everyone just started adding things and it was really good to read comments about people reflecting on the island life,” she said.

Ms Little has lived in the Whitsundays for the last 17 years and has spend a good portion of that time living on Daydream, Hamilton and Hayman Islands. The original Airlie Beach Hotel circa 1970s, soon after the hotel opened in 1968.

First moving to Hamilton Island in 1999, Ms Little said it was a real treat to see how the islands and Airlie Beach have changed since the late 1970s.

In the original photo of Airlie’s main street, posted by Brenden Wright, the town we know today is hardly recognisable.

Gone are the houses in the main street and the sleepy fishing village vibe.

In 1935 the Queensland Lands Department offered land beside the beach for sale. 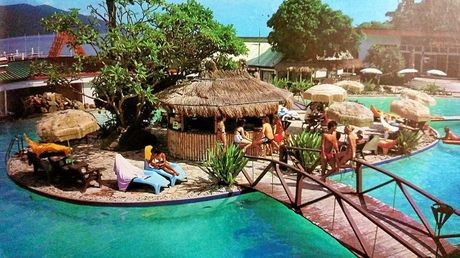 In 1904 the first settler, Thomas Abell and his family arrived in Airlie Beach from Bowen and took up land at Airlie Beach, growing vegetables and fruit after it was discovered getting cane to the mill in Proserpine was an impossibility.

In 1936 the land was known officially as Airlie Beach and in 1959 the town’s first post office was opened. 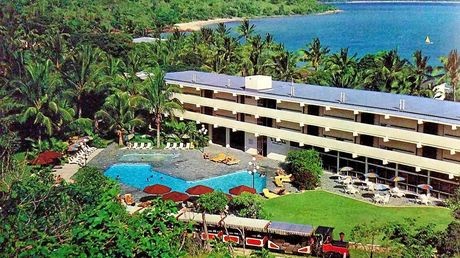 Hayman Island even had a little ride on train in the 1970s.

Shute Harbour ferry terminal was officially opened in 1961 after acting as a service port for the post World War Two island resort boom.

The Airlie Beach Hotel Motel on Airlie Esplanade was first opened in 1968.