Australian house rents are now rising at more than 10 per cent per annum.

We never saw a GFC style housing downturn but we are certainly now seeing the beginning of a GFC style rental crisis. In February, weekly rents for houses increased by 11 per cent, a rate at which hasn’t been seen since 2008. The regions with the biggest increases have been driven by different things. Regional WA has increased by $100 per week over the last 12 months driven by the return of strong mining conditions. Canberra’s strong growth in the government sector has driven that city’s rents up by $80 per week. Strong population growth in Brisbane and regional Queensland has pushed rents up there by $70 per week. Meanwhile rising wealth has led to Sydney rents rising by $70 per week. While rents have risen a lot over the past 12 months, at this point, it doesn’t look like it will slow for a number of reasons:

The gold standard solution to rental shortages is to build more homes – cities and suburbs with enough homes for the people that want to live there tend to have fewer problems with rapid rent rises.

Beyond sorting out housing supply, the evolution of the “build to rent” sector will also help. Right now, mum and dad investors provide almost all of Australia’s rental housing. Over the past two years, there has been significant investment by institutional investors (e.g, Mirvac) and large private developers (e.g, Salta Properties) in providing rental accommodation that they own, as opposed to on selling. While build to rent still provides a miniscule amount of rental housing, it is expected to grow over coming years.

What doesn’t work is rent control. Rent control is when governments mandate rents to be set at certain levels (e.g., $500 per week) with increases restricted per year. While it sounds like a good idea, it leads to less rental housing, as well as poorer quality homes. Investors are deterred by poorer returns and existing owners spend less on improving and maintaining homes. The viability of building new rental homes becomes lessened.

As rents surge this year, it is critical that government policy is focused not just on home buyer affordability but also rental affordability. A US study into rent and homelessness by the Government Accountability Office in 2020 found that a median increase in $100 rent per week can cause a nine per cent increase in homelessness.

Rents are a component of inflation and are therefore not only bad news for tenants. For homeowners, the 11 per cent jump in rents means the likelihood of a rate rise also increases. 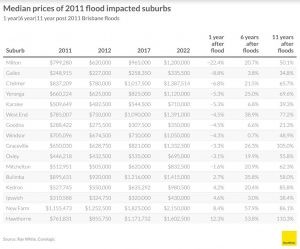