US research that shows people take the threat of female hurricane names less seriously than male-sounding names could be investigated further, according to a weather bureau manager.

Alan Sharp, the manager of tropical cyclone warning services for Australia at the Bureau of Meteorology (BoM), said he would look at the US data, although the bureau has no plans to change the way it named cyclones in Australia.

He made the comments after the ABC forwarded him a copy of the work by a US team, which included contributions from experts in psychology, statistics and gender studies.

“We will have to get someone onto it,” Mr Sharp said.

He said an investigation of the data to see whether it had relevance in Australia could be quite expensive, and given Australia’s best-known cyclone, Cyclone Tracy, had a female-sounding name, it is possible the results would not translate in Australia.

The research out of America published last year looked at more than six decades of death rates from US land-falling hurricanes and found that the more feminine the name of the hurricane, the more people it killed.

“Simply put, the name of a storm affects how risky it is perceived to be,” said Professor Sharon Shavitt from the University of Illinois, who was one of the report’s authors.

“Our research suggests that severe storms with names that are more/less masculine are associated with different fatality rates.”

Ms Shavitt, who is a professor of psychology and communications research, told the ABC the more masculine a hurricane’s name, the more seriously people took the threat of it.

“You could imagine that a storm named for a raptor would seem riskier than one named for a flower, but this needs more study” Professor Sharon Shavitt.

“A name like Diablo may be associated with greater risk than a more benign male name,” Professor Shavitt said.

But Professor Shavitt cautioned that simply changing all cyclone names to sound masculine may not be a solution to making people take threats more seriously.

“All-male names … may lead people to overestimate risk in some cases,” she said.

She said that moving away from human names may help, and in the Asia Pacific region names of animals, plants, and other objects in a variety of languages are used to name large storms.

“Research is needed to find out whether there are any associations between such names and riskiness,” Professor Shavitt said.

“You could imagine that a storm named for a raptor would seem riskier than one named for a flower, but this needs more study,” she said.

Mr Sharp said that giving a cyclone a name was no simple matter, and could be quite political.

Until 1975 all cyclones in Australia were given female names, but to mark the International Women’s Year male names were added to the list, because the then Science Minister thought that both sexes “should bear the odium of the devastation caused by cyclones”.

About seven years ago Australia’s Bureau of Meteorology came up with a list of 105 cyclone names it decided it would rotate through.

This system would see the names alternate between being male or female, and continue through a list of names that begin with a new letter of the alphabet each time.

But that system has also caused problems, with some saying the list did not have enough multicultural names, so other names were added about three years ago, Mr Sharp said.

“We are getting more ethnic names,” Mr Sharp said.

“You will see more of these coming online.” 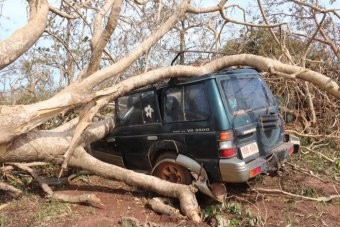 Examples of Asian names used in Australia include Cyclone Quang, which hit Western Australia earlier this year, and Cyclone Lam that made landfall in the Northern Territory.

For reasons of cultural sensitivity in using the names of Indigenous people who have died, Aboriginal and Torres Strait Islander names are not used.

To avoid confusion over major storms, if a large cyclone becomes well known its name is permanently retired, so there will be no other Cyclone Tracy’s for instance. 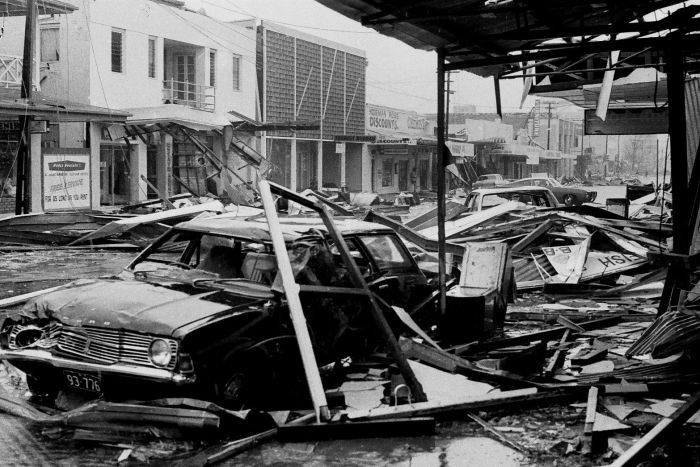 All Australian cyclone names are submitted to the World Meteorological Organization Regional Tropical Cyclone Committee for the SE Pacific for final approval.

The committee can also knock a name out of contention if two cyclones occurring simultaneously have similar sounding names, such as June and Jane, and names cannot be capable of being construed to subject weather authorities to criticism or ridicule. So names of politicians or other prominent people who have been in the news are avoided.

There is also consideration given over how pronounceable a name is and whether its name may have obscene connotations in another language.

Australia’s cyclone season lasts from November to April, and this year a large El Nino is expected to reduce the number of cyclones observed in the region.