Reef festival a week away 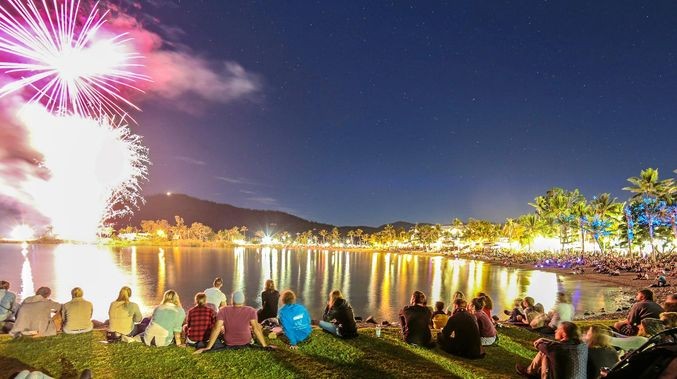 Although there was an early hurdle to jump during the planning of this year’s Whitsunday Reef Festival, the annual four-day event is set to ignite the town in just a week’s time.

The festival is run by a dedicated committee of volunteers who meet regularly to put all the aspects of the festival together. After initial consultations with the council, the committee was told that the Airlie Beach Foreshore would be unavailable for the festival due to the planned closure for upgrade works.

The committee deliberated whether to stage the event this year without a main venue but decided to look into alternate location plans to keep the momentum going. Reef Festival committee chairperson Margie Murphy said it definitely made things harder and reflected on all aspects of the event including marketing, sponsorship and entertainment planning.

The festival is one of the largest and most inclusive events on the region’s event calendar.

The foreshore will be transformed into “festival central” on Friday August 3 which is a night the whole community comes out to celebrate with a spectacular fireworks display over the water. Night market and food stalls line the foreshore, the pop-up bar will be open and the Beach Music stage will pump out the music including a performance from live DJ act Rave Radio.

The action is focused on Airlie Beach Main Street on Saturday August 4 when the street will be closed to traffic to host the Fraser Ford Revvin’ the Reef Car, Bike and Truck show, Wilmar Wearable Art Parade, the Rotary Street Parade and the Whitsunday Magic Mile run.

It’s then back to the foreshore Saturday night for more Beats on the Beach with a line-up of top live acts. Sunday’s main event, the Telstra Family Fun Day, is an action-packed day of free fun and games for the kids on the foreshore including Borys Zagroki and his extreme bicycle stunt show. With a carnival setup in Airlie Central car park, the Reef Gateway Comedy Gala, helicopter joy flights, a recyclable regatta and more the Reef Festival really does have something for everyone. More information and festival program can be found in the Airlie Comes Alive liftout or go to www.whitsundayreeffestival. com.au.