A message in a bottle has washed up on a luxury North Queensland beach after floating for years and travelling thousands of kilometres.

The bottle was found washed up on Long Island in the Whitsundays after being dropped in the ocean in the South Pacific over two years ago.

It had travelled for 793 days and more than six thousand kilometres after washing ashore.

A staff member of Long Island’s Elysian Retreat, Charlton Craggs, stumbled across the exciting find while walking along the island’s beach recently.

After reading the message, Mr Craggs tracked down the message’s author, Tom Love, a Canadian man who had been travelling with his wife Dora on cruise ship Oceania ‘Marina’ in the South Pacific in January 2016.

“I was so excited and couldn’t wait to contact the author to tell him I’d found his message — it was like something out of a movie,” Mr Craggs said.

The couple were on their last night of the cruise, travelling from Valparaiso in Chile to Papeete in French Polynesia, when Mr Love decided to place a message.

He scrawled the message on an envelope put it in an empty wine bottle and drop it into the ocean.

Mr Love was amazed to hear his message was discovered and stated he was particularly surprised that the bottle had found its way to the Whitsundays, in Queensland, Australia.

“I got straight online, after hearing the news, and found that the message had travelled over 6,200 kilometres to your beach, in the Whitsundays,” he said.

“It must have travelled past islands like Fiji, Samoa, Tonga, and so many inhabited and uninhabited landfalls.”

The message, dubbed a “love note” because of the author’s name, contained brief details about the cruise, the date, Mr Love’s contact details and an American one-dollar bill, to cover the finder’s costs of making contact.

“This is a great little story, and one which will certainly bring about some heightened interest in our beautiful region, particularly Long Island,” she said. 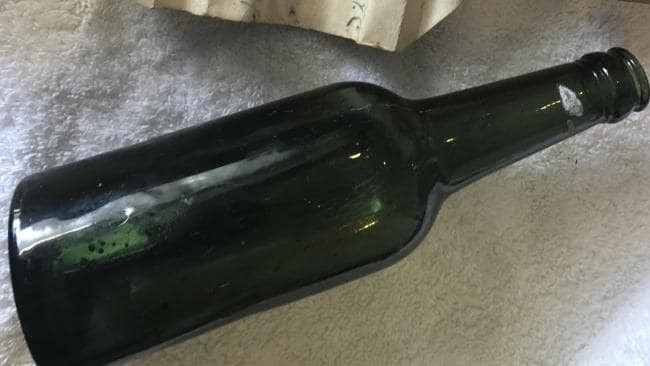 Internet enlisted to solve mysterious message in a bottle

The idea of a message in a bottle has captured the imagination of the public for years.

Recently Redditor “gap343” shared a message in a bottle found on Floreana Island in the Galapagos.

An army of Redditors took up the challenge to solve the mystery of the message.

It was revealed Hugh Craggs, after a trip to the Galapagos, visited Cocos Island where he became obsessed in finding a fabled buried pirate treasure.