Internal migration has seen a net decline of 32,346 people in metro areas in just nine months up to September 2020, but the actual trend to move rural started well before the COVID pandemic, an industry expert has revealed.

ABS data released in February showed the nation’s capital cities had a net loss of 11,200 people during the September quarter last year, with a combination of border closures and internal migration being blamed for the shrinking population.

According to the ABS, Brisbane gained the most people through net internal migration (3,200), while Sydney lost the most (7,800).

Figures from CoreLogic show this internal migration is having an impact on the housing market with combined regional property prices growing by 6.5 per cent since March, while the collective capital cities have fallen by 0.2 per cent over the same period.

According to CoreLogic’s research director, Tim Lawless, the divergence between metro and regional housing demand in NSW and Victoria is more substantial than in other states.

“Internal migration data shows more people are leaving Sydney and Melbourne for regional areas, resulting in a transition of activity from the metro regions to the outer fringe and regional markets,” Mr Lawless said. 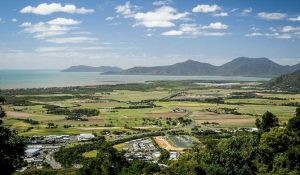 “This demographic trend is further compounded by the demand shock of stalled overseas migration. As Melbourne and Sydney historically receive the vast majority of overseas migrants, these metro areas have been the hardest hit by this demand shock.”

He points to Aussies moving from the city to regional areas due to housing affordability, an opportunity for lifestyle upgrades and lower-density housing.

However, according to Propertyology’s head of research, Simon Pressley, the regional trend started well before the pandemic.

He revealed that a net 133,905 Australian residents have relocated away from the eight capital cities to various parts of regional Australia over the last five years.

“This is no fad,” Mr Pressley said.

“It is an enormous decision for a household to be prepared to move away from existing family and friends, to establish new networks, completely move town and then buy (or rent) new digs.”

“No one makes this decision lightly,” he said.

The researcher also dispelled claims that everyone is headed for Brisbane, calling this assertions “naive” and warning investors against expecting the Brisbane market to boom.

“Brisbane’s net population gain of 8,278 is the highest capital city beneficiary, but this number is consistent with the last four years, wherein Brisbane’s change in periphery values has been rather underwhelming in comparison to various other parts of Australia,” Mr Pressley explained.

Mr Pressley instead told investors that the three biggest beneficiaries from internal migration are regional Queensland, Victoria and NSW.