After Cyclone Debbie tore through the island bringing 260kmh winds and a trail of destruction, the sun is shining, the rebuild is progressing and the island is re-opening in coming days.

Hamilton Island Enterprises CEO Glenn Bourke said after a “concerted clean-up effort”, the island is looking forward to welcoming back their first guests on April 8.

“Over the past decade, Hamilton Island has become the ‘jewel in the crown’ of the Whitsundays region and one of Queensland’s most successful and well-known holiday destinations,” Mr Bourke said via a statement posted on their Facebook page.

“During the tenure of their ownership, the Oatley family has invested over $600 million into building new infrastructure, improved resorts and world-class facilities for Hamilton Island.

“It is my intention to continue on with the Oatley family’s vision for Hamilton Island and return to business as usual as quickly and efficiently as possible, in the wake of Tropical Cyclone Debbie.” 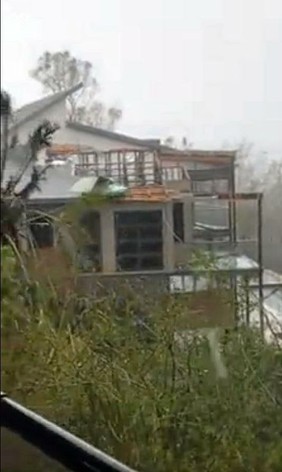 A house in Hamilton Island lost its entire roof while the owner was notified from afar while on an overseas trip.

Mr Bourke said the impact of the cyclone had resulted in damage to vegetation and the facade of the island, but “no significant structural damage had occurred” to any of the hotels and resorts due to their highest cyclone safety rating construction.

He confirmed the island would re-open to guests from Saturday.

“The properties on the island will be operating at reduced capacity with the Reef View Hotel, Palm Bungalows and some holiday homes partially re-opening this weekend followed by the Beach Club which will welcome guests from April 13,” Mr Bourke said.

“Renovations for qualia which were scheduled to commence in July have been brought forward to commence immediately and qualia will re-open June 1.” 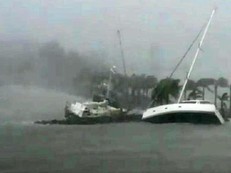 It’s thought the whole of the island will be in pristine condition once more before the biggest event of the year, the Hamilton Island Race Week on August 19-26.

“We will continue to increase capacity in the coming months with a view to being fully operational again by August,” Mr Bourke said.

“I would like to thank everyone who has sent Hamilton Island messages of encouragement and support and would like to make special mention of our airline partners, Virgin Australia, Qantas and Jetstar Australia, who worked tirelessly last week to provide additional services to ensure guests were returned home safely and as quickly as possible.

“Most importantly, I would like to thank our indomitable staff, for their dedication to our guests last week during the most difficult of times, their unwavering positive attitude throughout and the enormous personal and collective effort that is going into swiftly restoring Hamilton Island to the idyllic destination that it is.”

The island has been visited by some high-profile guests in recent years, including Oprah Winfrey, Taylor Swift, Ed Sheeran and Miranda Kerr.