The show is over, and the divisional winners at the windiest Hamilton Island Race Week in years are gearing up for a big evening of celebration, marking the end of another fantastic series in the sailing wonderland of Queensland’s Whitsunday islands.

Racing was a final run northwards to the Molle islands group and back to the Dent Passage finish in 20 knot east/south-easterly winds. It capped off six days of sailing by day and partying by night for the near 2,000 sailors making up the 234 crews – the event’s second largest entry list. 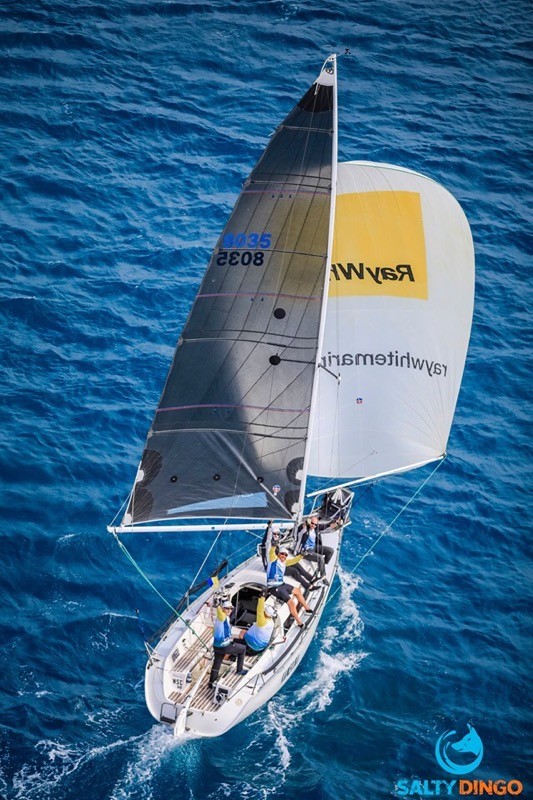 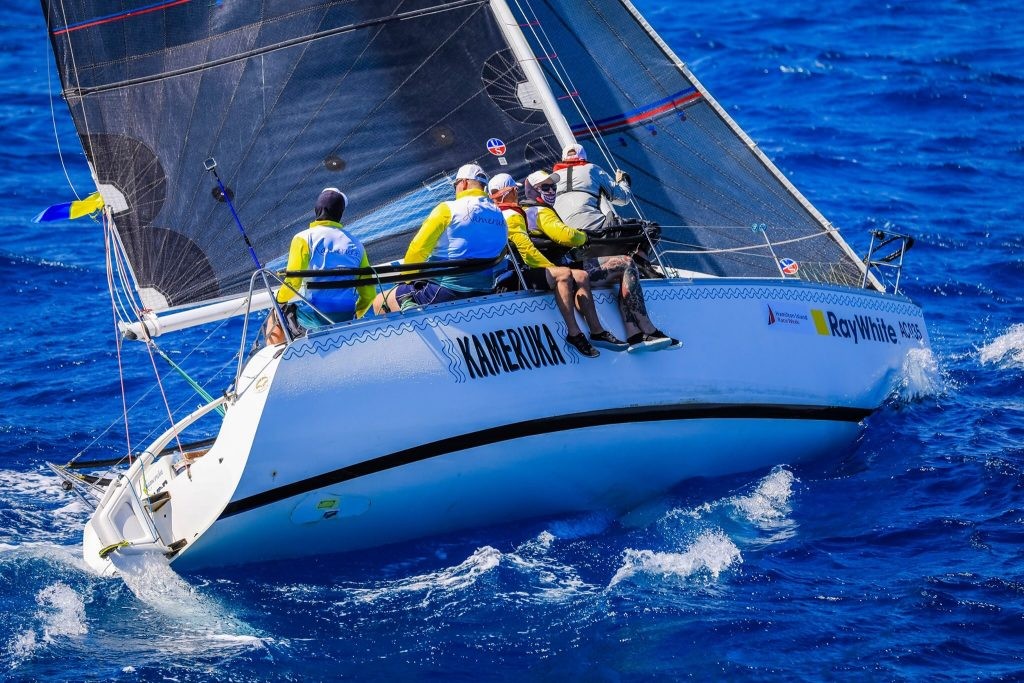 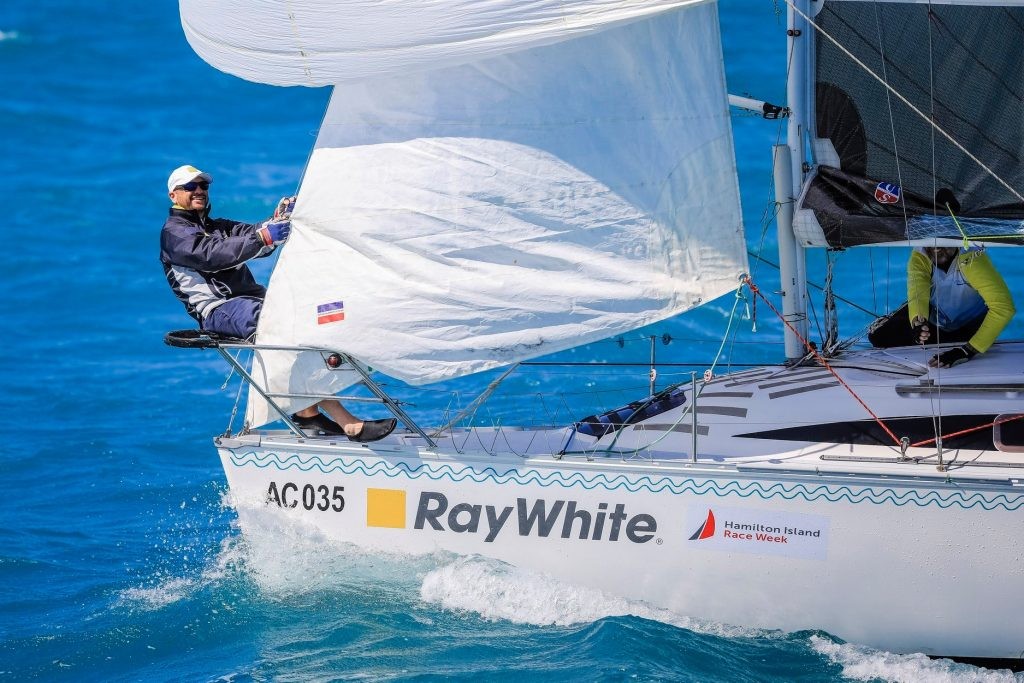 The real tussle played out among the next lot of placegetters; second, third and fourth all on equal points among three Noelex 25s.

“We’ve had a really good time; we’ve been made to feel really at home. Just little things like the bigger boats giving us a cheer in the heavy winds because they knew we were doing it tough,” said Kopp’s crewman and friend of 25 years, Steve Miller.

“On the finish line we look the size of a remote-controlled boat, compared to the guys finishing around us!

“The three Noelex 25s have enjoyed quasi class racing. Sometimes we’ve been seconds apart over the line and on corrected time after four or five hours’ sailing. It’s been quite a gathering of trailables – we’ll spread the word and maybe get another four or five next year.”

“That’s four in a row wins and I think seven or eight overall at Race Week,” Roberts said. “The highlights were the really good breeze, and excellent courses set by Denis ([Thompson) and his team. The sailing was not only boat-on-boat challenging, but geographically challenging…..thoroughly enjoyable.” Multihull Racing Results
Michel Van Der Zwaard’s Extreme 40, Back in Black and Tony Considine’s new TF10, Mad Max, duelled for the top handicap rung over seven races. The Extreme’s divisional victory was sealed by a comfortable final race win on OMR by over eight minutes from the TF10 foiling trimaran.

“It’s our second time sailing together as a crew, our first was Airlie Beach. It was a big unknown with Beau Geste. We didn’t come to Race Week expecting to win,” said van der Zwaard. 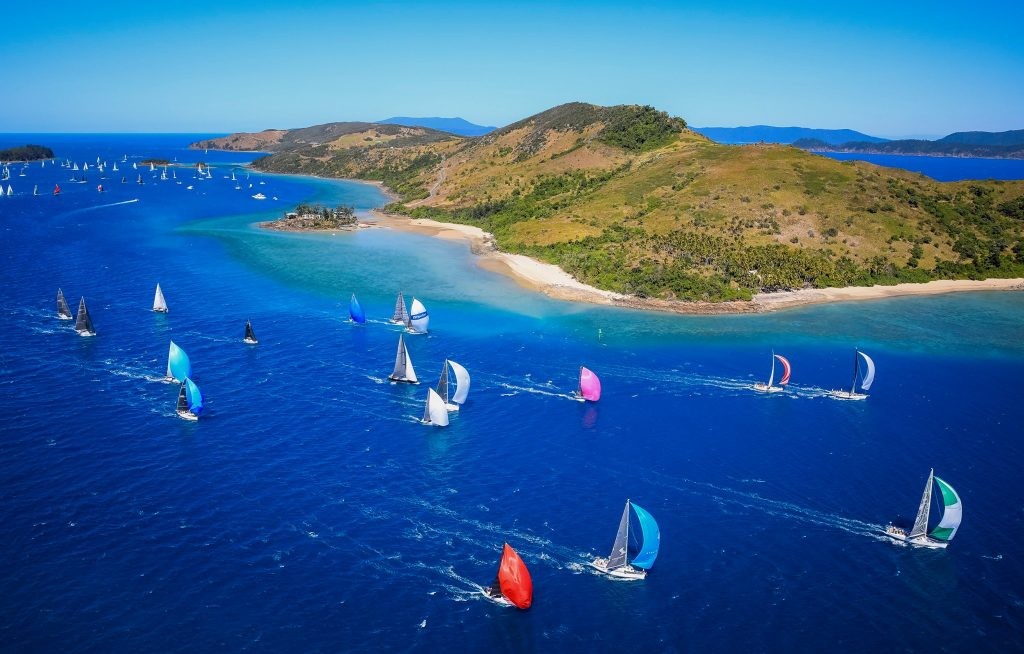 Final thoughts from Regatta Director Denis Thompson
“It’s been a good week. We eased into it with two days of light winds, but still from the right direction, then the tradewinds pulsed on Tuesday. We didn’t have too many incidents, which is good, given we have a big fleet sailing in tight spaces.

“The trailables surprised me in the fresher conditions. They were able to get around the track with no problems, and within the two Hamilton Island Multihull divisions, each had their own performance window and enjoyed close competition.

“The race team worked very hard to make sure the competitors had a good week. There are some great skills among the team, who are also able to pitch in and do anything asked of them.” 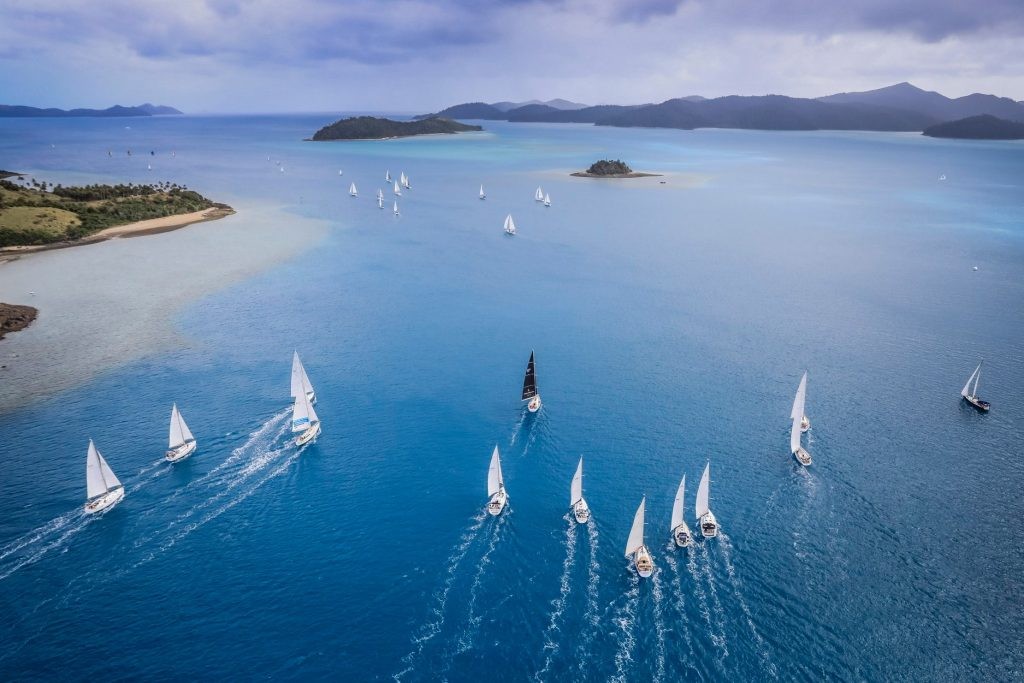