There’ll be no residential rates increase in the Whitsunday region this financial year, but the council’s commitment to upgrading its airport will add $30 million to its debt.

As the council unanimously approved the budget, Mayor Andrew Willcox declared it a “difficult” one in the wake of ex-Tropical Cyclone Debbie.

“Circumstances have made it essential that this Budget will be a conservative one,” he said at the Bowen council chambers this morning.

“Our community has had to tighten their belts and we have tightened our belts too so as not to inflict further financial hardship on our residents.

“Despite this my council is passionate in maintaining a consistent level of service for our 35,500 residents and also implementing major catalyst infrastructure projects to not only create jobs as a priority but also help forge a bright future for our Whitsunday region.” 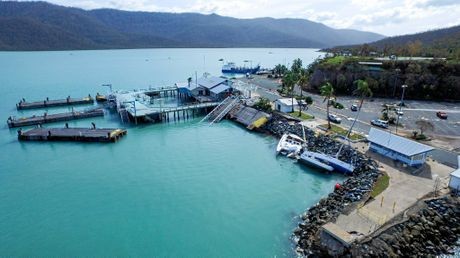 There will be a zero per cent increase in the total rate burden in the residential rating categories.

Individual rates may increase or decrease due to changes in recent State Government valuations, however, Council has not increased the total rate burden for residential categories.

There will, however, be a 2% increase in rates other than residential.

Residents will continue to receive a 5% discount for the early payment of rates.

A $70 charge will be added to rates to accommodate the historic introduction of kerbside recycling. Kerbside was the number one priority for over 75% of participants during a recent period of public consultation.

There has also been a reduction in water utilities charges for small businesses with single shops and professional offices now paying $546, after they were slashed from $1402.

Council has committed $82.6 million to capital works projects for the new financial year. Their big item, taking up almost half the capital works budget, is the $40 million Whitsunday Coast Airport terminal and runway upgrade. Council is relying on securing a $25 million low interest loan from the Queensland Treasury Corporation, while $15 million will come from a recently approved State Government grant.

Bowen has been the big winner with Council pushing ahead with the $32 million Greening and Growing Bowen Project to be staged over the next three years which includes $11.8 million for Bowen sewerage treatment plan design and safety upgrade.

Proserpine has also received some good news with $3 million for the Proserpine Waste Water Treatment Plant and $1.35 million to commence a Proserpine water park. Cr Willcox said the idea was to build the park near the Proserpine swimming pool.

There will be $2.5 million available for a new boat ramp and car park at Shute Harbour, however, the council is still waiting on insurance claims before they commence any work..

Cr Willcox said no money had been allocated to the Airlie Beach Lagoon as it’s repair bill of almost $1 million had been taken from the 2016/17 budget.

Due to the impending airport loan and according to their predictions, the council’s debt will rise significantly – from just over $50 million to more than $80 million in 2017/18 before rising again in 2018/19 but then decreasing annually for the next 10 years. 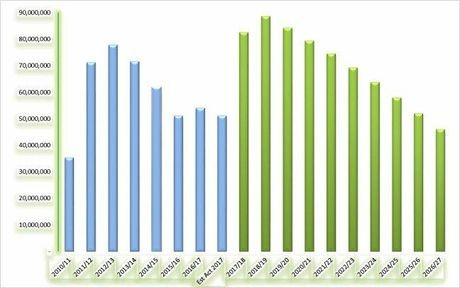 Whitsunday Regional Council’s debt reduction figures that were released as part of their 2017/18 budget.

Cr Willcox said the airport would reap long-term benefits with an extra 240,000 passengers visiting the Whitsundays in the last year.

“We have to borrow to get our airport upgraded,” he said.