Australia Gets The Clipper Race Seal Of Approval

There are just three days before the Clipper Race fleet bids Australia farewell, but those on board will be leaving with plenty of memories after an action packed and varied All-Australian Leg 4.

Since early November 2017, Clipper Race crew have been racing around Australia, and have weathered Southerly Busters, Wind Holes, and everything in between on the way from Fremantle on the west coast, to Sydney, Hobart, and up the east coast to the Whitsundays. Visit Seattle round the worlder Marek Omilian, a 53-year-old Consultant from Seattle, says: “It’s been awesome, just phenomenal. 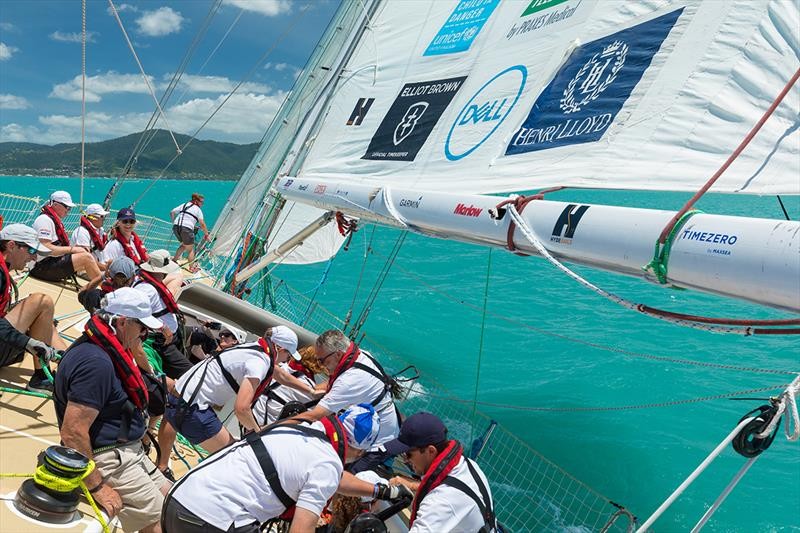 “Great sailing, awesome sailing. Very different three races, different experiences but people have been great here in Australia, from the west coast to the east coast.

“I’m doing round the world but I originally just signed up for the All-Australian Leg 4. I was looking forward to it, I had high expectations for it and they have all been exceeded. All three races were fabulous, the people were just great and I met a lot of people, from Fremantle to Airlie Beach, who are now following my journey. It was great, just great.”

Since arriving in the Whitsundays, Marek has made the most of being in one of the most naturally beautiful locations on earth, commenting: “I’ve done everything here in the Whitsundays. I was looking forward to spending time on land but I spent most of my time on the water. From Whitehaven beach which was gorgeous, to jet skiing, to Great Barrier Reef snorkelling, I just had some great experiences.”

He wasn’t alone in having great experiences. Other members of the Clipper Race crew went skydiving, some drove into the hinterland surrounding Airlie Beach, whilst others clearly hadn’t spent enough time on a boat in the last few months.

“We hired a boat for one of the girl’s birthdays and that was great fun,” says Louise Taylor, a crew member aboard Dare To Lead.

“It was a nice change to go sailing on a luxury boat where we didn’t have to do any of the work!” Louise had raced some 20,000 nautical miles halfway round the world on the way to the Whitsundays, and Australia will remain a real highlight of the trip, saying: “It’s been amazing. It’s been nice to have the different stopovers in each city because there is quite a different atmosphere between Fremantle and Sydney and Hobart, and here.

“Airlie beach has been great because it’s quite a small town. It really is really like Punta del Este like that and everybody is just so friendly. I bumped into a guy the other day as we were looking for fans and we couldn’t find them. I saw him today and he’s been to Mackay and went and bought some for us!

“And that’s what happens in small stopovers, people will just do things like that which makes it all the more special.” HotelPlanner.com round the worlder Nic Schellenberg has had an All-Australian Leg 4 to remember. The team’s win in the Clipper 70 class in the Rolex Sydney Hobart Yacht Race was a highlight, but his time in the Whitsundays has been just as memorable.

“I went diving at the Yongala Wreck which was pretty amazing,” he says.

“Diving on the Great Barrier Reef was one of the things I really wanted to do and I got to tick that off which was really cool. We saw sea snakes, different types of rays, big fish, small fish, a lot of coral.

“I love it in Australia, it is very nice. It’s pretty hot, but we had good winds and it was amazing, very nice people.

“I had been to Sydney a couple of times before but not to Tasmania or up here to the Whitsundays so I just loved this leg. It was really amazing.”

After celebrating Australia Day in Airlie Beach and attending the final event of the Whitsundays Clipper Race Carnival, the Rodeo by the Reef in Bowen, Clipper Race crew will now turn their attention back to racing.

Race 7 will begin on Monday 29 January, with the teams predicted to spend up to 27 days racing some 4,300 nautical miles to Sanya. The first of two Chinese stopovers in this Asia-Pacific Leg 5, teams will then continue on to Qingdao where the leg will complete.