A Look Inside The Best Hidden Cafe In The Region

Spiders, milkshakes, burgers and fries have people from far and wide making the trek to George’s Diner.

This funky little diner opened its doors to the public just under a year ago, since then the milkshake maker and grill have been working overtime.

An extension of the Conway Tourist Park, George’s Diner was a result of the notorious owner George Pauly’s inability to sit still.

South Australian’s Mr Pauly and his wife Debbie Brown know hospitality and how to run a caravan parks after living in the Northern Territory before they bought their first park in Innisfail.

Daughter Tiani Balma runs the diner and park with her mum, now married she’s worked in the family business since she was three years old.

The family first laid eyes on their next project the Conway Tourist Park in 2000 just months after a new owner had taken over.

It wasn’t until 2006 that the family was able to purchase the park and transform it into the iconic holiday destination it is today.

“We loved the area and park, it was just a fishing village when we took over,” Mrs Brown said.

“George can put his head to anything,” Mrs Brown said. 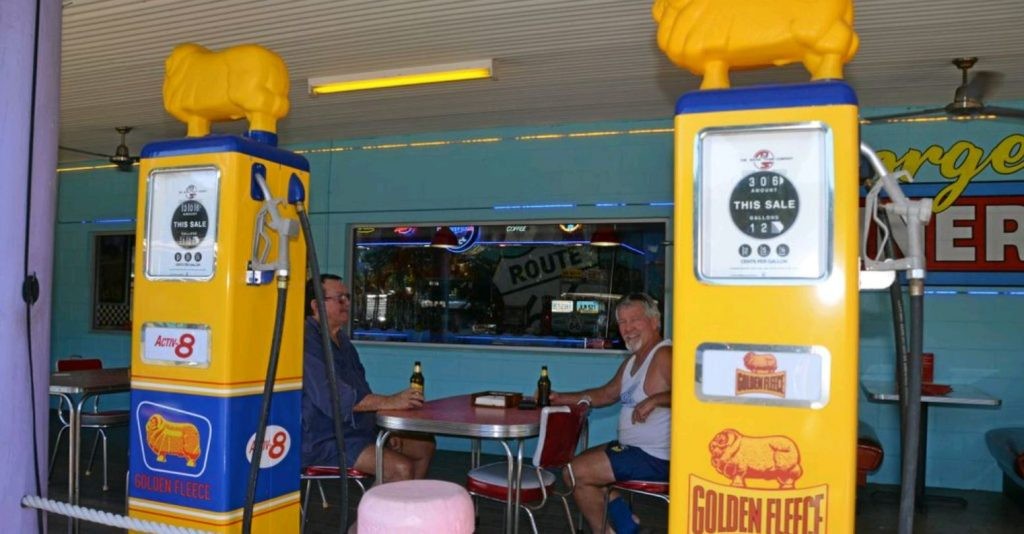 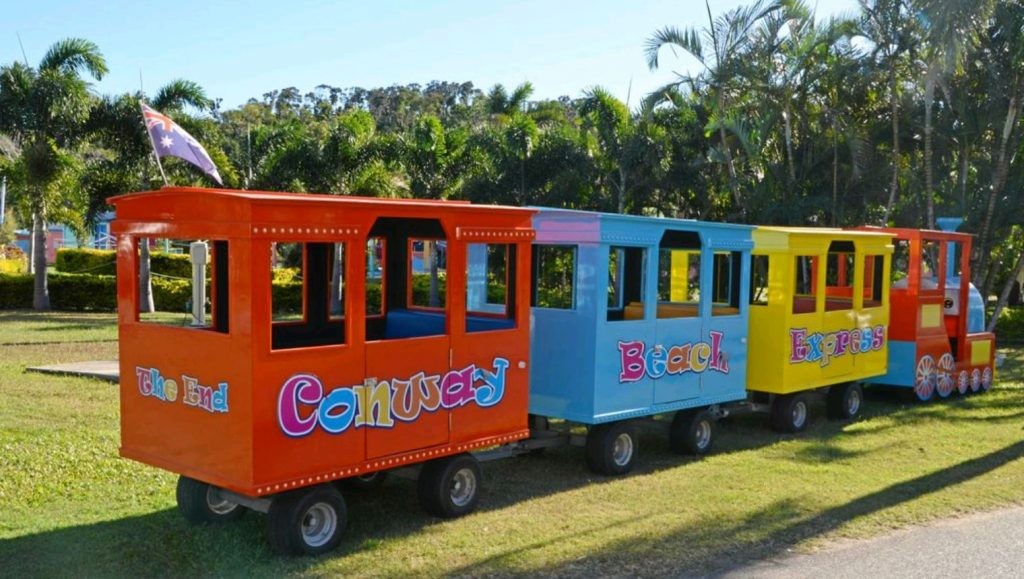 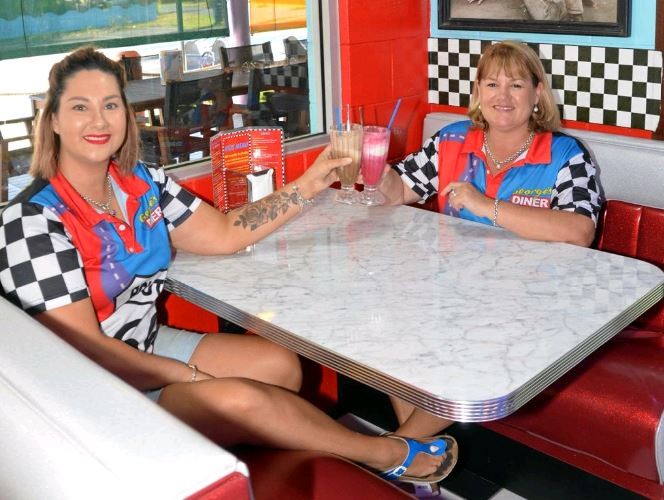 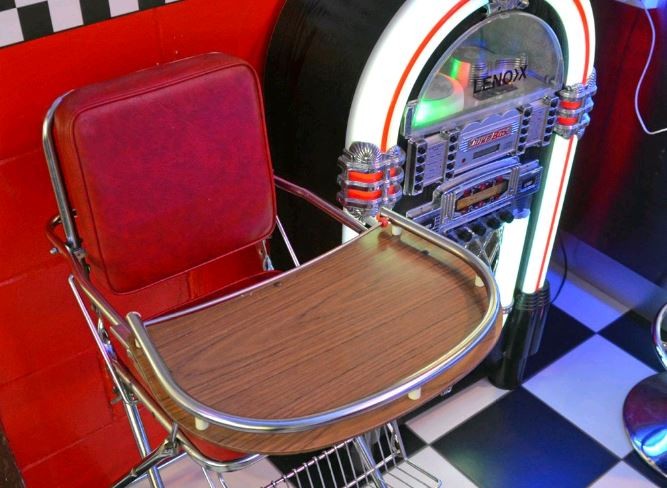 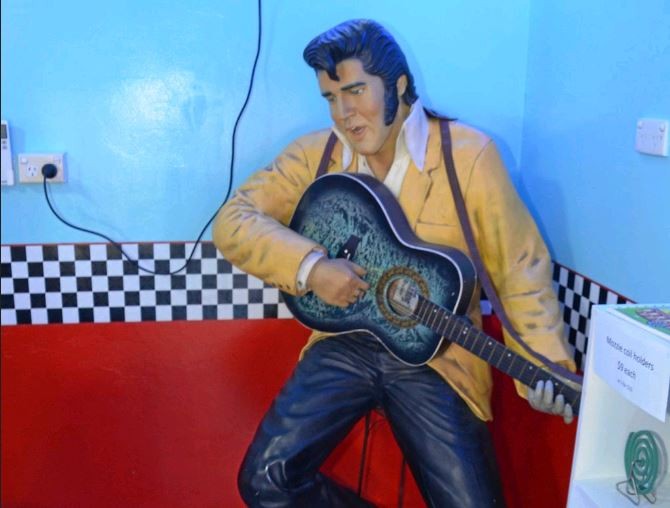 So who exactly is George and why does he have a diner named after him?

“He’s a workaholic, he’s never still and always looking for the next project,” Mrs Brown said.

A diesel fitter by trade with a passion for vintage cars and American road trips George has travelled Route 66 many times and frequented numerous diners doing so.

“George is very hands on and very clever, he built the water park by looking at structures on the internet, plumbing and all, it’s all certified as well.”

The key to his super productive nature black tea, Mrs Brown said he drinks 25 on average each day.

George’s pick for food is a bun less hamburger with the lot, “he tries to be healthy and not have the bun, but makes up for that with the fries,” Mrs Balma said.

“We had to be innovative to bring people 30 kilometres out of town to visit,” Mrs Balma said.

“George’s has allowed us to keep things fresh and not just rely on the park it’s a business inside the business,” Mrs Brown said.

“The authentic and fun 50’s decor does that.”

The couple sourced the initial booth from America which Mr Pauly dissected, duplicated and had upholstered locally to ensure the diner’s authenticity, even the table’s edging was meticulously sourced online from America

“It’s been a group effort everyone has helped us transport stuff from far and wide, the Peter’s sign came all the way from Tassie,” Mrs Brown said.

“We started off with my nanna’s 60-year-old milkshake maker, she always loved shakes and owned her own cafe in South Australia.

The family have replaced nanna’s milkshake maker with a triple head machine to keep up with the 100 plus shakes they stir a day, leaving the precious piece to be passed down generations.

“Kept things simple, with a lunch time serve so people have enough room for a milkshake.” 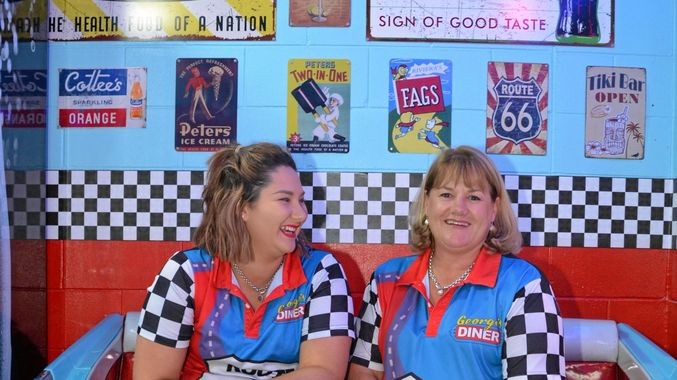